It’s been a whole week (and more) of preparations (who knew one good meal with your family involved so much effort?) and spring cleaning and general merry-making that involves too much grilled honeyed meat jerkies (physically impossible to resist), pineapple tarts, cashew nut cookies, sashimi salads (I know I’m not doing the food much justice with these descriptions, but just know that they are basically the reason why the clean eating programme is going out the window this festive period), and mandarin oranges. Many, many mandarin oranges.
But it’s Monday again, so here’s an update on No Room in Neverland, and some great links to share:
1. Sophie Kinsella’s advice for writing a book:

Everybody, no matter who they are gets to the middle of a book and thinks crikey, I’ve had enough of this. You get bored with your story and your characters, you hate them all, you can’t think why you started this wretched story in the first place.

The truth is, every book is hard to write, everybody reaches a wall, whether it is a plot hole or a scene that you can’t get past. So you’ve just got to get to the end. Even if it’s not the greatest draft, if it needs rewriting fine, at least you have a book to rewrite.

So this is me trying to put one word after another towards the end. I’m at page 220 now, which may not seem like much, but between Lunar New Year and spring-cleaning and hosting a party and trying to prolong reading Jellicoe Road
by Melina Marchetta and watching this Korean drama called Pinocchio so they won’t end so soon (which, of course, requires Herculean effort, because that book oh god that book and that drama oh god that drama I need to rave about them soon!), I think any progress is good progress.

At least what I’ve written so far for Neverland doesn’t make me want to barf, which is more than I can say for the first draft.
2. How wild is it that Harper Lee is writing another novel, “a sequel of sorts” to her breakout To Kill a Mockingbird
half a century after it was published? It’s called Go Set a Watchman, and she wrote it in the 1950s before setting it aside. Just goes to show that it is never too late to pick up that figurative pen and revisit a novel that didn’t quite work out. 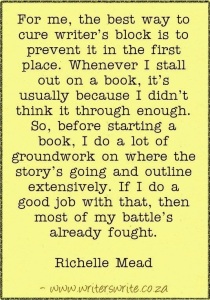 3. As you may know, I’ve been caught up in this fantastic fantasy trilogy lately. The Grisha trilogy by Leigh Bardugo is set in ancient Russia, and the plot and characters and writing just gets better and better with each installment. I’m on the final book, Ruin and Rising, now and am trying as hard as I can to read as slowly as humanly possible.
Here’s an interview she did with The Midnight Garden, a book review blog that features a gorgeous whimsical layout and thoughtful reviews on young adult books. In the interview, Leigh reveals her upcoming book, Six of Crows, which she describes as an “Oceans 11, Inglourious Basterds, ragtag band of misfits, impossible heist story” that stars a supporting character from the Grisha trilogy. Big yay for more stories in the Grishaverse!

4. Another old post from ex-literary agent Nathan Bransford, where he offers some advice for young writers:

Don’t judge your writing success by whether you’re able to find publication immediately. Instead, write to get better, write for catharsis and practice and fun. Your future self will be thankful for the time well spent.

I’ll admit, it’s easy to get caught up in the whole publishing game (not sure if game is the right word here, but let’s go with it for now). It’s easier to fire out query letters to literary agents than writing that book, but it just distracts from the whole point of writing a book in the first place. You end up worrying too much about whether the book will be worth the time and effort, and worrying about whether people will like it, and forget to enjoy the process of writing it, and forget to write the story that you will like.

5. And more great advice from the inimitable Laini Taylor:

Daydreaming, however awesome it is, is passive. It happens in your head. Learning to make dreams real is another matter, and I think it should be the work of your life.

Enough said, really.
Okay, back to working on Neverland now! For the first time since I started writing it in November/December 2013, I’m actually properly psyched about it. Because I see the end in sight and I’m making my way there, one word at a time.
Hope the year of the goat is kinder to you than the horse has been! :0)

Join 281 other followers
Follow the writes of passage on WordPress.com